A first-time University student at 64!

A few months ago I decided to get an upgrade from my little Nikon Coolpix L6 compact Digital camera. I have always enjoyed writing, which is why I started this blog. But I really wanted to try and get better photos, especially for here, but also as a new way of expressing myself.

I took advice from my professional photographer daughter-in-law Kim; she chose a suitable DSLR Nikon 3100 for me and brought it over with her when she and Kjell visited from Oregon in April. On her and others advice I looked for a good course to help me improve my shots.

So I have recently completed a short 10 week course on Digital Photography on the Open University. This was all online, we students  all got together on forums, posted our images on the OU’s ‘Open Studio’, where we learnt to give and accept comments (and criticism) and suggestions on how an image can be improved using Photoshop Elements, PSE8. 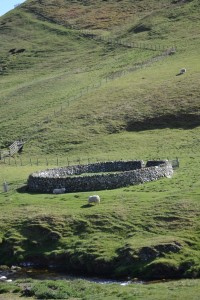 a copy of which was sent to us by OU. Each week’s study material, including many short videos on using PSE, was all online, and we were given specific assignments each week. We all enjoyed the first one which was to take shots of images that showed letters of the alphabet, here are my three – OXO! If you click on photos they will open larger. 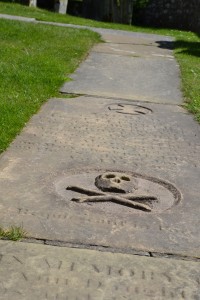 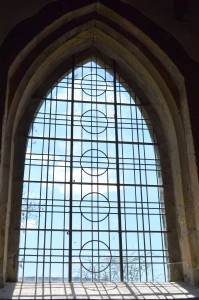 We were not allowed to use actual written letters from signs but to learn to use our eyes to notice shapes and possibilities. It was very effective as I still constantly see the alphabet all around me – I think I may even do a blog when I have the whole alphabet in images!

I (and some others) really struggled with weeks 3 and 4 as they were all using maths, as someone who has never been any good with numbers all her life I just did not ‘get’ it. I got so stressed that I nearly gave up on the course. One of the  OU course moderators, who I knew personally, phoned me and we had a long talk, in the end he said to just forget the maths, leave my camera on Auto or Modes (portrait, night shots, close-ups etc) finish the course and then look at learning how to use my camera on Manual later, when the pressure is off! So that is what I have done.

Nearly a 1000 took the course and almost 200 of us joined our own Facebook page, we have kept it going since we finished the course a couple of weeks ago as we have all become good friends and continue to encourage each other in our photography, setting a different challenge every week. Last week we had to get a close-up of an eye – any eye from a living creature, human or otherwise, I got a close-up of a hedgehog, he was really sweet! 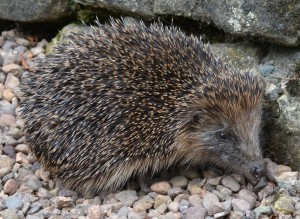 We are now awaiting our results of the panel of 10 photos we had to submit and our answers to any 3 of 6 questions we had to choose from, these answers were to be of around 200 words each. The results won’t be out till September as each moderator has to mark 70 students work – that is 700 images and 210 answers to evaluate each! It is only 10 credits but for those taking other courses it all adds up. At the end of this piece I have written about the next course I hope to take – ‘Roman Britain’, from the Department of Archaeology of Oxford University.

Here are my 10 shots in the order I submitted them, plus the questions I selected and the answers I gave. UPDATE: I passed with 73%, which I am pleased with, especially with my numbers problems! 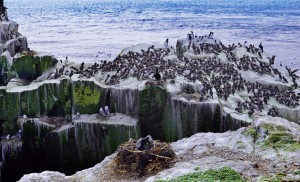 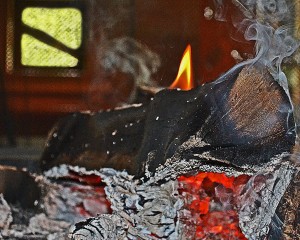 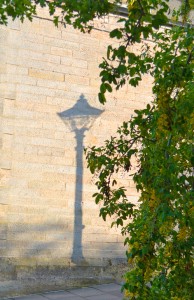 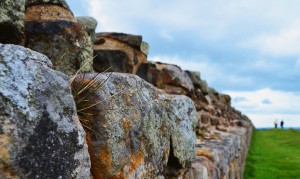 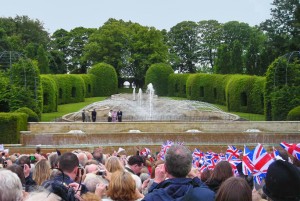 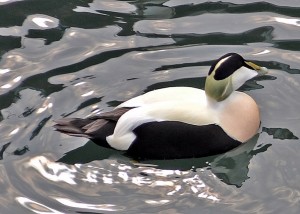 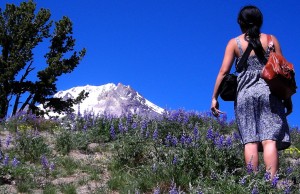 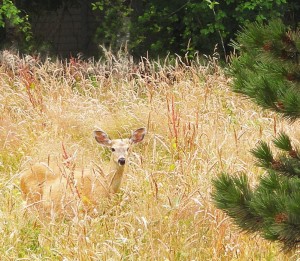 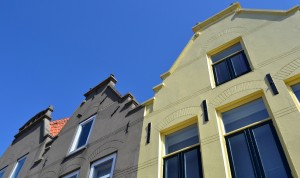 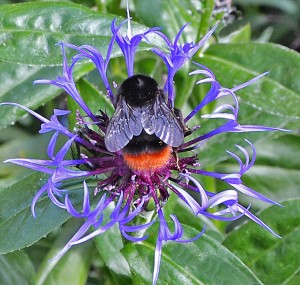 My answers to the questions:

Select one image from your EMA panel that you are pleased with and explain how it demonstrates your visual awareness. As appropriate, refer to composition, visual creativity, viewpoint, decisive moment (if relevant), use of camera, image editing and overall visual impact. (12 marks)”

This, for me, is a shot that speaks of contrasts – My daughter-in-law Kim is tiny – as a professional photographer she amazes me with her ability to carry heavy camera bags, even at 7000 feet up Mt Hood! Just over that brow was a glacier rising to the peak 5000 ft above us. We were in 30c, the snow speaks for itself, but the greatest contrast for me as I followed her was how she suddenly appeared to dwarf the mountain peak in front of her. I have cropped the image to accentuate that effect and to make her the focus. I have also enhanced the blues though not by much as the sky was virtually this colour, her dress and the wild lupines blend nicely and I was interested that the thinner air seemed to produce a much crisper image and bolder shadows. I deliberately did not lighten the shadows on her dress or hand as I think this adds to the effect. For the same reason, to show how bright the hot sun was, I have not taken away the highlights on her bag. This was taken with my small Nikon Coolpix L6.

Contrast any two images from your EMA panel that you have not discussed elsewhere in your EMA. Identify some important differences between these two images. As appropriate, refer to aspects of visual awareness and technical qualities as listed in Part 1. (12 marks)”

I took both these with my new DSLR. The Inner Farne image appeals to me as I love nature and found the uncontrolled wild bleakness of the island and its inhabitants exhilarating, whereas the Alnwick Treehouse image of the fireplace is warm, cosy and completely safe and predictable. The island rocks are random, forming natural ledges for the nesting sea-birds; the Treehouse architect has won many prizes! Yet I enjoy both images. Both photos were cropped slightly, to zoom in on the main subjects and cut out distractions. The colour of the sea was simply saturated to give a more pleasing blue hue; I am also pleased with the result of enhancing the colours to bring out the green lichen and other shades in the rocks. I changed the colour and saturation of the green in the Treehouse window many, many times till I felt that it merged more into the background, yet still gave the impression of the light being filtered through the trees outside. I feel that the cool green of the window now accentuates the heat of the fire. I had some helpful feed-back on both shots on Open Studio.

Looking at your panel, identify and briefly discuss three characteristics that you think identify your style and individuality in your images. Consider, for example, originality, personal style, mood, humour. (12 marks)”

I believe my love of nature, being outdoors and the diversity of this natural world is represented in my panel. The only indoor shot is in the Alnwick Gardens Treehouse, which, in a quirky way, actually fulfils all my favourite environments, being built of various rough-hewn woods, with trees surrounding and growing through it and one log burning in the fireplace. The only humans in my images are all seen from the back, or in the distance.

I have tried out several of my shots in Black and White and Sepia, but I still can’t ‘get’ what people see in these forms of photography. Maybe because, when I was first taking shots there was no choice, no colour, everything was BW?  But, more, I am naturally drawn to the use of colour to show moods and temperatures, and to make statements. This is not only apparent in my images, but also in my clothes, home and garden. I love colour!

I like my images to convey a snap-shot of a moment, and, in a small way, to tell a story at a glance. No1. Inner Farne, No2.Sunset Shadow, No5. Alnwick Gardens, No 7, Mt Hood meets Kim, No8. The Deer all have a story to tell.

I was thinking of doing a more advanced level of Digital Photography course next but know that I do not need it, not that I mean I can’t learn more, of course I can, but for my needs, for now, I have sufficient downloaded course tuition and videos to continue studying photography and Photoshop on my own for some time to come.

But I have been really energised by using my brain again; I left school at 15, wanting a job so I could buy mini-skirts and Beatles records, and only studied again when I was training in the navy as an aircraft mechanic, at 64 I needed a wake-up and this has been great!

So I am now hoping to sign-up shortly for another 10 week online course, ‘Roman Britain’, from the Department of Archaeology of Oxford University.  I have always been fascinated by ancient history and Archaeology and we live in a part of the British Isles rich in Roman remains.

We have been twice in the past month to Hadrian’s Wall, 80 minutes drive to the south west of our home. We first go to the Roman Army Museum, walk part of the Wall, then go to the huge ongoing archaeology dig/visitor centre at nearby Fort Vindolanda. 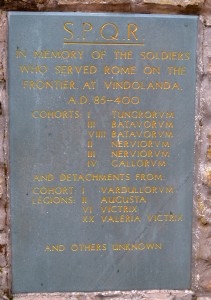 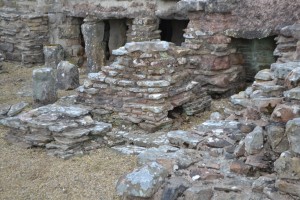 This furnace was underneath the bath house at Vindolanda 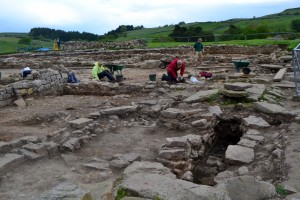 One of my final panel of 10 images was one I took on the Roman Wall, it was, in 122 ad, coast to coast, around 75 miles but since the Roman Army left 1600 years ago a great part of it has been dismantled and the stone used to build farmhouses, abbeys, castles and homes. 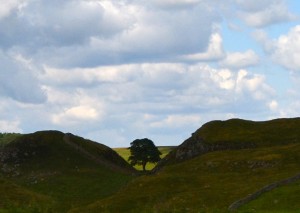 But the remains are still impressive, and the Hadrian’s Wall National walking and cycling path is much used, with B & B’s, pubs, hostels and campsites along the routes benefitting from the visitors. Tourism got an extra boost when part of the journey taken by Kevin Costner and Morgan Freeman, in ‘Robin Hood, Prince of Thieves’ (1991) went from Dover to Nottingham on a 400 mile detour north to film on the Wall – literally! They were filmed running on top of the Wall (tut tut) in the scene where they rescue a young lad who had taken refuge from the evil sheriff’s men in the only tree around. This has always been known as ‘Sycamore Gap’, but seems to have had a name change to ‘Robin Hood’s Tree’ lately!

This entry was posted in About us including WRNS, Creativity - Images, Creativity - Words, Living History. Bookmark the permalink.

2 Responses to A first-time University student at 64!