Our journey, to my son’s wedding in the USA 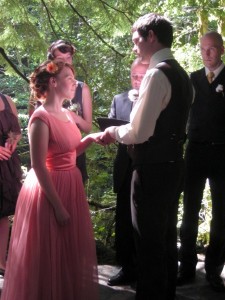 Pieter and Keven take their vows.

On 14th July 2010 we flew from our home in Northumberland (North East England) to Portland, Oregon for my younger son Pieter’s wedding to Keven. This is the 2nd time a son of mine has married a Portland girl and settled there 5000 miles away in the amazing city of Portland….and I only have two sons. 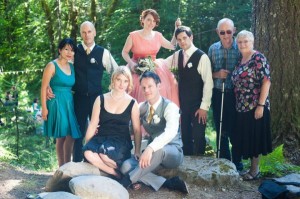 When Rob and I married in 2002 he had never left the UK, then we went to visit my family in Holland, where I lived for 20 years with my first (dutch) husband, Kees van Zoen. When Kees died I moved back to England with my 2 sons but we have good contact with the dutch side of the family. My nephew Rene and his girlfriend, Eefje also travelled out to Oregon, to  represent the  ‘van Zoen’ family, they shared our rented house in Portland. We have made so many wonderful new friends and gained a whole new family, it was so good to get to know all Keven’s family and hope they can get over to visit us before we return to Portland in June 2012! 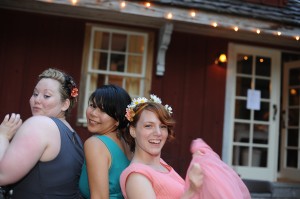 Keven with her sister Hollie and sister-in-law, Kim

Pastor Bob Hyatt cme up from Portland to make sure they were well and truly married, we did enjoy getting to know the Evergreen Community of which they are part. 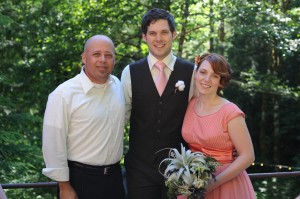 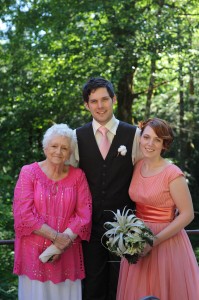 Pieter, Keven and her Grandma 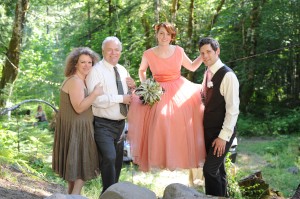 Keven & Pieter, with her Mom, Kathy Olivares and her husband Felix

This entry was posted in Journeys. Bookmark the permalink.

One Response to Our journey, to my son’s wedding in the USA